Our team at Five Star Heating & Cooling is happy to serve the residents of Bexley, Ohio, with the best local Heating, Cooling, and Indoor Air Quality solutions at the most competitive price rates in the market. We are a preferred local HVAC contractor of choice in the Franklin County and Central Ohio area for heating and cooling services.

Getting to Know Bexley, OH

The City of Bexley was founded as a village 112 years ago. Today, Bexley is a sublime historic, tree-lined suburb on the east side of Columbus, located along the banks of Alum Creek, near Driving Park and Wolfe Park, not far east from the famous Franklin Park Conservatory.

Bexley is probably most widely known for its large historic homes and historic estates, many of which are located primarily in Bullitt Park. Today, Bexley is the home to Capital University. The population of Bexley is around 13,057. The city is a suburban city in Franklin County, Ohio, connected to the city. Along with the municipalities of Whitehall, Minerva Park, Upper Arlington, Worthington, and Valleyview, Bexley is considered an enclave of Columbus.

Main Street runs horizontally through the middle and serves as one of the last reminders of the city’s roots as a fusion between the eminent Bullitt Park community to the north, and the Lutheran college community of Pleasant Ridge, which was south of Main Street.

Today, there are all kinds of fun things to do in Bexley, including the amazing food served at local restaurants as well as all kinds of other local shopping outlets. The city is extremely rich in arts and entertainment and serves as a host to all sorts of local events throughout the year.

In addition to a variety of bike trails, Bexley also has a unique status as being a “green community.” The city is considered a “Tree City USA” and has a mature canopy and an active Tree Commission and Arboretum. Bexley is also unique in that it is the first city in the world known to have the designation as an arboretum, the city itself that is. It gained recognition as being so in March of 2013 by the Morton Register of Arboreta, making it the first city in the U.S. to successfully hold arboretum accreditation. For decades, the city has remained in the Tree City USA program, with residents methodically cataloguing more than 14,000 trees, all of which are managed by the Bexley City forester; they are mostly located in the city’s right-of-ways and public parks. In the upcoming years, city officials say they plan to continue the curation of Bexley’s extensive collection of more than 100 unique species of trees.

We are your local, family-owned, and operated heating and cooling company, and we can fix central heating and cooling systems around the clock here in Bexley, OH. Day in and day out, our HVAC service vehicles arrive as scheduled, calling ahead to let you know we’re on our way; our vehicles stay fully furnished with the latest HVAC equipment and the latest in technology. We carry a wide range of HVAC system filters, blowers, fuses, HEPA filters, and more.

Five Star Heating & Cooling Group Rated 4.9 out of 5 stars based on 7 customer reviews

Technicians were professional, polite, and helpful. Work was completed promptly and with no mess. We are extremely pleased with the services received.

Noah beeli is a genius, knows HVAC like the back of his hand

Really enjoyed working with this company.

The service tech was prompt and was honest in his assessment.

Noah was great. He came in and identified the problem quickly and did a full inspection of my A/C while changing the capacitor.

I completed a scheduled maintenance agreement upon arrival I found that delta was good. I had issues getting good numbers for unit. Unit looks to be running as designed. Due to weather customer said that they wanted tuneups done but understood that we may not be able to get good readings. Customer is going to monitor system during summer.

I completed the Furnace Tune-Up and Safety Check checklist. The system is running within manufacturer specifications. The system is operational upon departure. 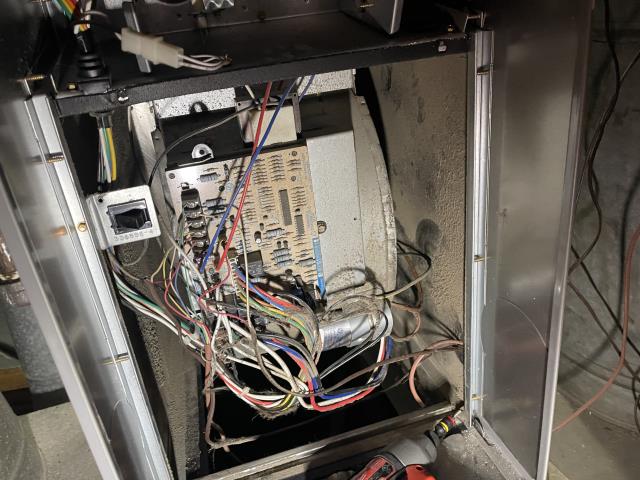