Our team at Five Star Heating & Cooling is happy to serve the residents of Sunbury, OH with the best local Heating, Cooling, and Indoor Air Quality solutions at the most competitive rates in the market. We are a preferred local HVAC contractor of choice in the Franklin County and Central Ohio area for heating and cooling services.

Getting to Know Sunbury, OH

With about 6,367 residents living in the village, Sunbury is located in Delaware County, Ohio, just east of the county seat, Delaware. With a total area of about 3.3 square miles, Sunbury is centered on a traditional New England-style town square with a historic village hall located within a village green, and it was built in 1868.

Located in the village is one of Showa Corporation’s major factories, which manufactures automobile parts for Honda of America Manufacturing. Sunbury is also home to the kindergarten through the 12th-grade public school district, Big Walnut Local School District, which is also available to students in the neighboring town of Galena.

Having recently annexed more than 300 acres, and having plans to annex 255 additional acres in the near future, Sunbury is reportedly growing by “leaps and bounds.” The new growth is expected to take the municipality’s boundary all the way to Interstate 71. Sunbury is reported to have doubled in size over the past 20 years.

Sunbury is also the location of the Ohio Fallen Heroes Memorial, which commemorates every Ohio soldier who has died or gone missing in war since Sept. 11, 2001. It was selected to be the home of this memorial because of Sunbury’s proximity to Centerburg, Ohio, which is near the actual geographical center of the state, and because it has a prominent midwestern type of soil.

Sunbury has a variety of supermarkets and fast-food restaurants and local stores. Their high school football team, the “Big Walnut Golden Eagles,” won the 2007 State Championship in their division.

We are your local, family-owned, and operated heating and cooling company, and we can fix central heating and cooling systems around the clock here in Sunbury, OH. Day in and day out, our HVAC service vehicles arrive as scheduled, calling ahead to let you know we’re on our way; our vehicles stay fully furnished with the latest HVAC equipment and technology. We carry a wide range of HVAC system filters, switches, fuses, HEPA filters, and more.

So if you’re asking questions like “why is my A/C blowing warm air?” or “why is my furnace not turning on?” or “why isn’t my heat pump working properly?” or “what’s wrong with my HVAC system?” or “who’s the best HVAC company near me?” or any other questions related to an HVAC system, trust the experts at Five Star Heating & Cooling. We would be more than happy to come to your home promptly and get you back to breathing easy in superior comfort with peace of mind.

Powered by Nearby Now
9 days ago

Return Service for a Trane gas furnace. Determined that the thermostat needed adjusted and reprogrammed. Reset unit. Cycled and monitored the system. Operating normally at this time. 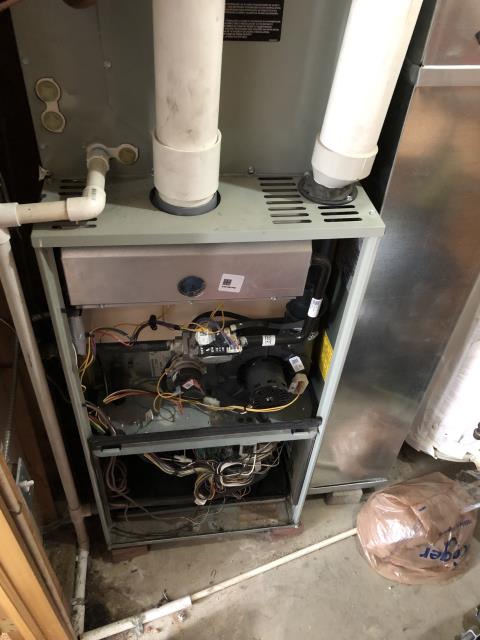 I installed an Aprilaire 600M Humidifier on a Trane gas furnace. Cycled and monitored the systems. Both operating normally at this time.

I performed a tune up on a Carrier gas furnace. Everything checked out within specs. System is operational upon departure. 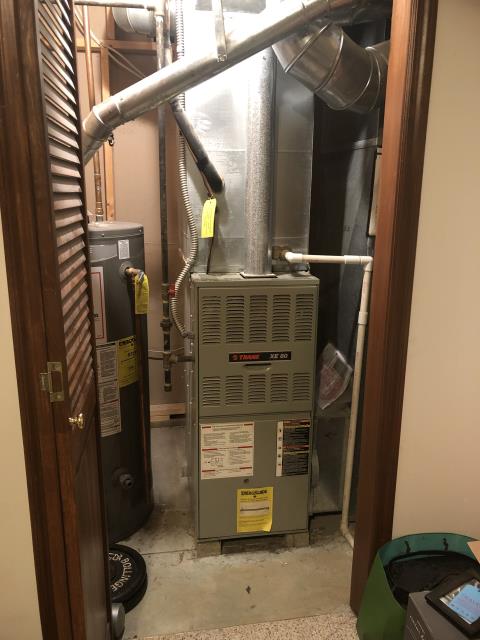 I completed a tune up on a Trane gas furnace. I visually inspected the unit. I cleaned the flame sensor. Checked voltages, amps and pressures. Completed combustion analysis. Cycled and monitored system. Operating normally at this time. 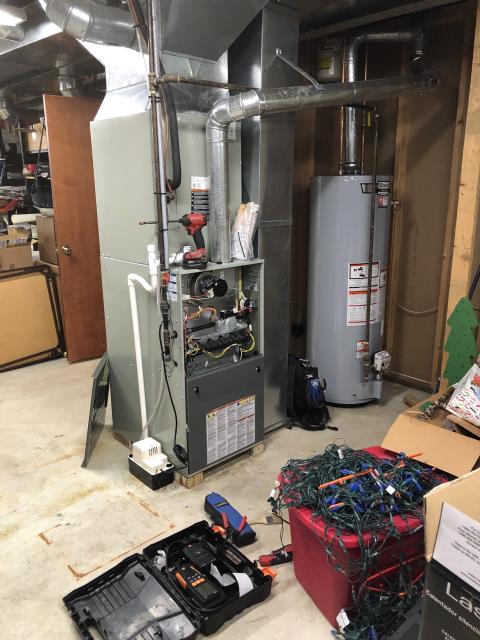 Add a supply duct to a room in the basement. 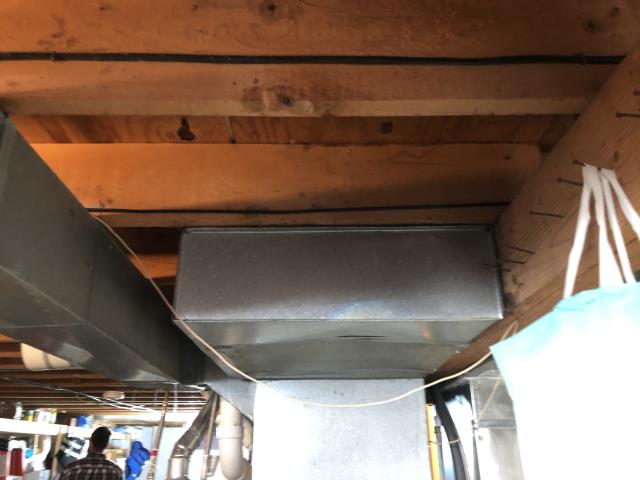 I am Performing our Five Star Tune-Up & Safety Check on a 2020 Carrier Gas Furnace. All readings were within manufacturer's specifications, unit operating properly at this time. 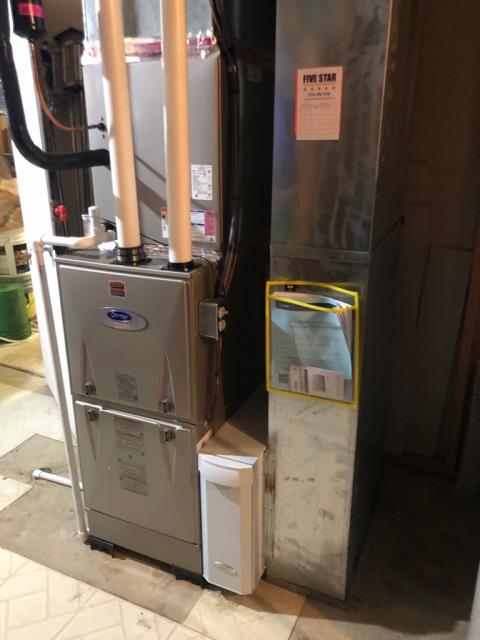 I am Performing our Five Star Tune-Up & Safety Check on a 2010 Trane Propane Furnace. All readings were within manufacturer's specifications, unit operating properly at this time. 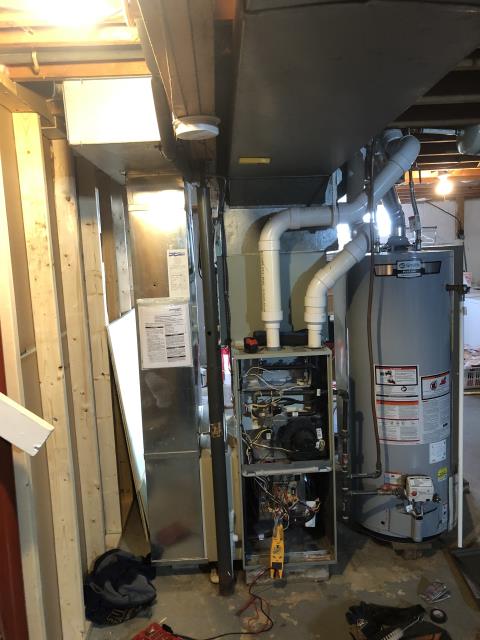 returned to replace contractor replaced contractor and fan comes on with no 24v call. 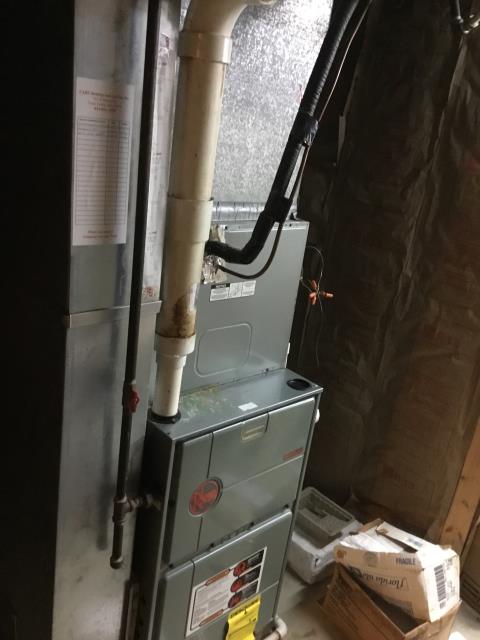