Our team at Five Star Heating & Cooling is happy to serve the residents of Upper Arlington, Ohio, with the best local Heating, Cooling, and Indoor Air Quality solutions at the most competitive price rates in the market. We are a preferred local HVAC contractor of choice in the Franklin County and Central Ohio area for heating and cooling services.

Getting to Know Upper Arlington, OH

A city widely considered very rich with culture, history, art, and a home to many famous and influential people, Upper Arlington is a suburb on the northwest side of Columbus with a population of about 35,366 people as of last year. The land area upon which this present-day city sits was first known to be the home of the Adena people, going back as far as history allows, who are legendary for building cone-shaped mounds as elaborate burial sites. Hundreds of years after the Adena came the Wyandot people who called the land home, before being forced out by the U.S. Government, which gave the land to Revolutionary War soldiers as payment for their service in America’s war for independence from colonial rule.

On Feb. 8, 1941, Upper Arlington became a city and the surrounding land was annexed in subsequent decades, doubling the city’s surface area. The annexed property was part of Perry Township, which was home to a variety of farmers in the late 1800s. One of these residents was Pleasant Litchford, a former slave who purchased his freedom and moved north to become a very notable citizen in the African-American community. The current high school sits on property he owned until he died in 1879. After World War II, there was a housing boom that resulted in development north of Lane Avenue. These new homes looked much different than the older core of the city.

As such, the southern half of the city became designated as the “Upper Arlington Historic District” (a.k.a. “Old Arlington”), and in 1985 earned a listment on the National Register of Historic Places. Upper Arlington encourages a diverse, dynamic arts environment that incorporates a public gallery at its Municipal Services Center, a variety of public art projects, educational programs in the schools, outdoor concerts in the summer, and their Labor Day Arts Festival. Since 1966, the Arts Festival – which is the City of Upper Arlington’s trademark event – draws more than 25,000 visitors to Northam Park to examine and purchase fine arts and crafts from more than 200 artist vendors. The festival houses art activities, interactive performances, live music and much more. In addition to the festival, the city’s parks and recreation department has a variety of family-centered community events all year long.

We are your local, family-owned, and operated heating and cooling company, and we can fix central heating and cooling systems around the clock here in Upper Arlington, OH. Day in and day out, our HVAC service vehicles arrive as scheduled, calling ahead to let you know we’re on our way; our vehicles stay fully furnished with the latest HVAC equipment and the latest in technology. We carry a wide range of HVAC system filters, blowers, fuses, HEPA filters, and more.

So if you’re asking questions like “why is my AC blowing warm air?” or “why is my ac not turning on?” or “why isn’t my furnace working properly?” or “what’s wrong with my HVAC system?” or “what’s the best HVAC company near me?” or any other questions related to an HVAC system, we would be more than happy to come to your home promptly and get you back to breathing easy in superior comfort with peace of mind.

Pickerington Heating & Cooling Rated 5.0 out of 5 stars based on 2 customer reviews

Chris was efficient, friendly, knowledgeable, and explained what he was doing.

Relocated Carrier heat pump approximately 20 feet to inside of fence line. Cycled and monitored the system. Operating normally at this time. 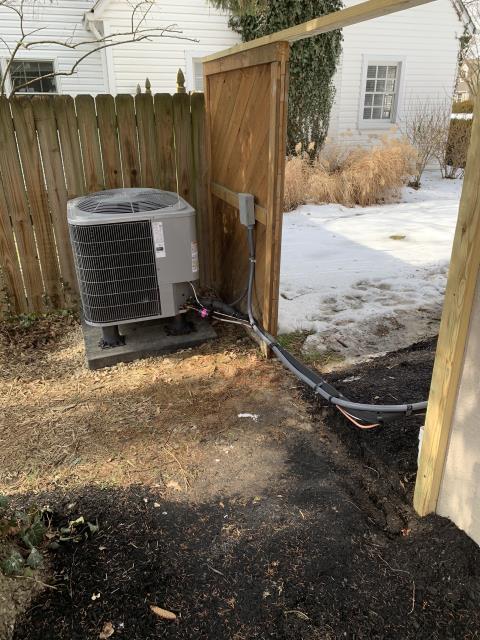 I had a job continuation to install vibration absorbers on suction and liquid lines at the condenser. 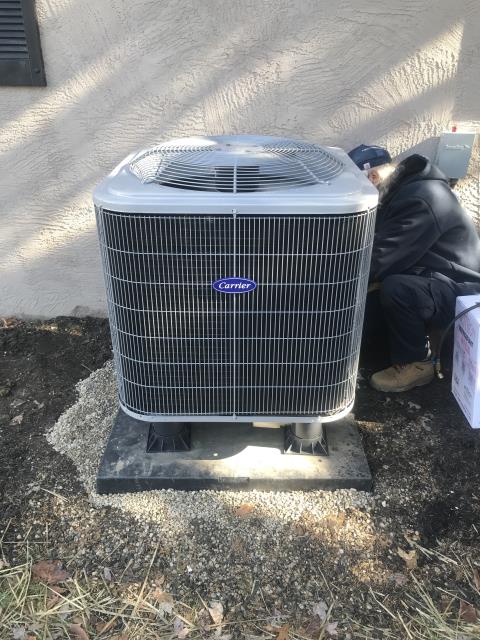 I completed the service maintenance agreement fall tune up on a Carrier gas furnace. I visually inspected the unit. I cleaned the condensate drain and the flame sensor. Checked voltages, amps and pressures. Completed combustion analysis. Cycled and monitored system. Operating normally at this time.

I completed a tune up on an ICP gas furnace. Visually inspected the unit. Replace the filter. Checked voltages, amps and pressures. Completed combustion analysis. Cycled and monitored system. Operating normally at this time. 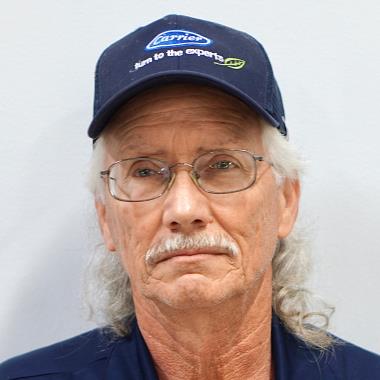 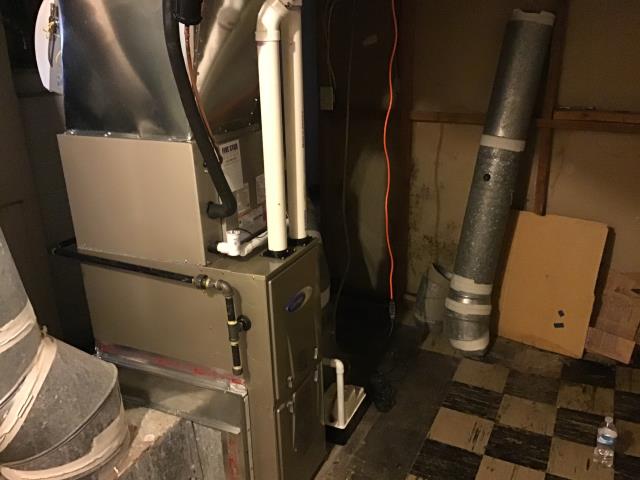 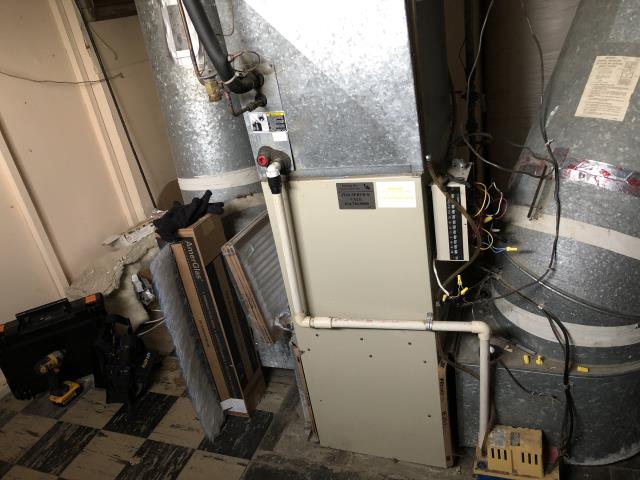 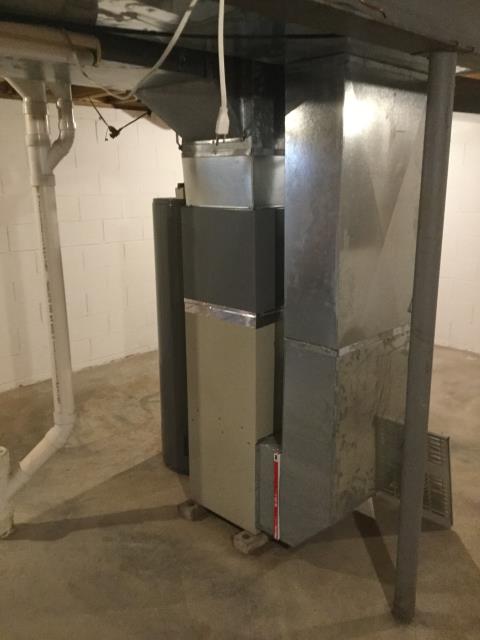 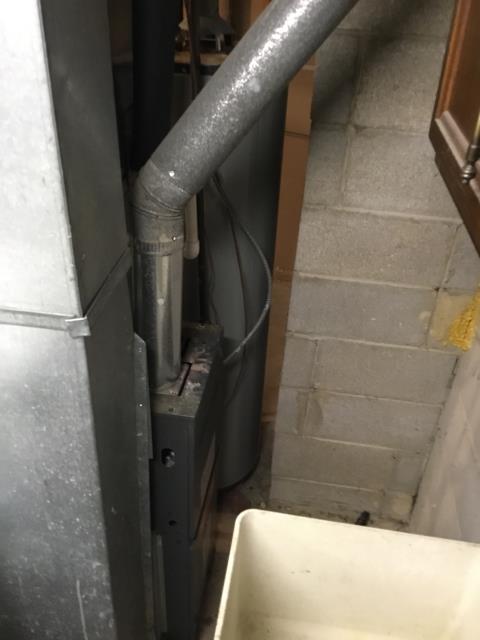 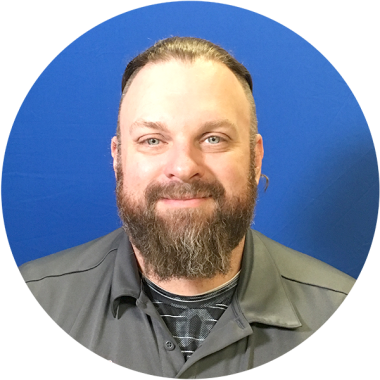 Service call for Carrier A/C unit. Found clog in condensate line. cleared at 3 different points and added t fittings to make clearing line easier. no leaks and unit is operating as expected at this time 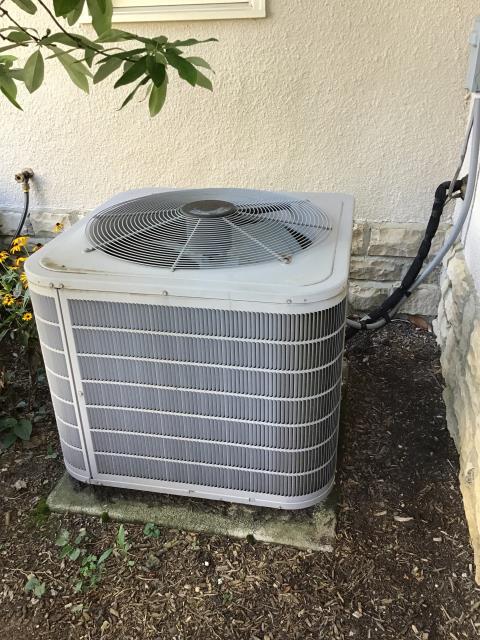